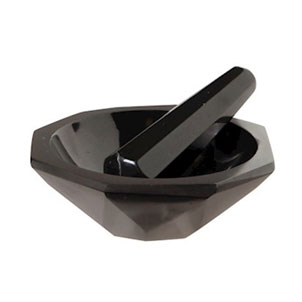 Granite is a common and widely occurring type of intrusive, felsic, igneous rock.
Granites usually have a medium- to coarse-grained texture.

A worldwide average of the chemical composition of granite, by weight percent

Note: Tolerance in above dimensions in inch is +/- 0.2 inch maximum

Agate is a microcrystalline variety of silica, chiefly chalcedony, characterised by its fineness of grain and brightness of color. Although agates may be found in various kinds of rock, they are classically associated with volcanic rocks and can be common in certain metamorphic rocks.

Most agates occur as nodules in volcanic rocks or ancient lavas where they represent cavities originally produced by the disengagement of volatiles in the molten mass which were then filled, wholly or partially, by siliceous matter deposited in regular layers upon the walls. Such agates , when cut transversely, exhibit a succession of parallel lines, often of extreme tenuity, giving a banded appearance to the section. Such stones are known as banded agate, riband agate and striped agate. 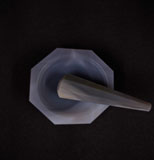 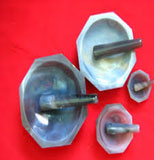 We have a very dynamic and versatile team having a vast experience of dealing research products and research instruments. Our profound understanding of individual products by the deep scientific analysis and constant customer feedback helps us to guide our customers to choose the best product for their respective purpose. Our knowledge and specialized sales service will make the customer comfortable and well satisfied.